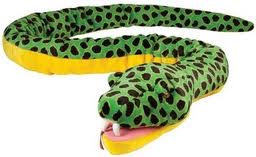 The interrupted and infamous question almost asked by John Hemmings in the House of Commons wasn’t the only query raised in parliament this Monday. As the speaker reprimanded the Lib Dem MP for “flouting” a court order, the repercussions of which could drastically change media privacy law in this country, a matter of equal importance raised by Life Peer Lord Jay of Ewelme was finally resolved: the fate of Albert, the stuffed anaconda who resides in the Foreign and Commonwealth Office library.

Lord Jay, who has sat in the Lord’s since 2006, submitted a written question to the house on the 9th May, concerning the Government’s plans: “for the future of the stuffed anaconda in the Foreign and Commonwealth Office library”. And just shy of two, no doubt sleepless, weeks later, the Government responded and it turned out the anaconda had a name. The Minister for the State, Foreign and Commonwealth Office, Lord Howell of Guildford replied:

“Albert, the 20-foot long stuffed anaconda, has graced the Foreign and Commonwealth Office (FCO) library for over a century. He remains proudly in place, just as he did throughout the noble Lord's distinguished career in the FCO, and continues to be held in great affection by FCO staff. We have no plans for Albert other than to clean and stuff him from time to time.”

If his intention was to ask the strangest question heard in parliament however, Lord Jay has some competition. Last July, Labour MP John Spellar, who by some twist of fate is now Shadow Minister of State for Foreign and Commonwealth Affairs, asked the Secretary of State for Health: “whether he plans to ban the sale of (a) tea and coffee with sugar and (b) cheddar cheese sandwiches in hospitals”. The Government responded tersely and somewhat bemusedly, “no”.  Former Conservative MP David Amess also famously fell foul of the House, when in 1997 he asked a question in the Commons about “cake”, the fictional drug which featured in satirists Chris Morris’s spoof documentary Brass Eye.

Yet all of these enquiries pale into normality when compared to the eccentric questioning of the European Commission President from former Dutch Liberal MEP, Florus Wijsenbeek. In 1998, Mr Wijsenbeek apparently concerned by the fate of shoes washed ashore, enquired whether the commission was aware that: “in a single winter 68 left shoes and 39 right shoes were washed up on the Dutch island of Texel and 63 left and 93 right shoes were washed up on the Shetland Islands?”. He continued: “Does the Commission consider this a fair distribution and is it prepared to provide a fair allocation of shoes between each member state?” Somewhat disappointingly, though not altogether surprisingly, the Commission’s response was negative. Undeterred,  Mr Wijsenbeek’s other claim to fame is being the subject of an officiall reprimanded by the College of Quaestors, the body responsible for maintaining discipline amongst MEPs, for repeatedly riding his by through the parliament building in Brussels.
Posted by SBD at 00:05 No comments: 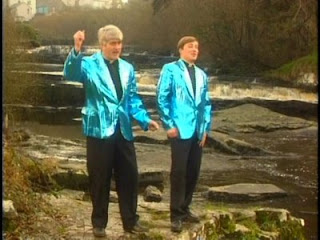 Picture the scene: after months of diplomacy and backroom bartering two countries finally commence historic talks designed to settle deep-seated disputes which have festered between them for years. A historic accord is drawn up, with the more powerful of the countries offering a generous international aid package, an exclusive trade agreement and military backing in return for political support. Signing appears imminent. The world’s media waits with baited breath in anticipation of this momentous occasion but then, at the 11th hour, talks break down and the smaller of the two countries storms out of negotiations citing the failure to agree a guarantee of maximum points at all future Eurovision Song Contests as their reason.
Tactical voting at the Eurovision song contest is well documented and criticising it is something of a national pastime. The Scandinavians vote for other Scandinavians, the Balkan states vote for other Balkan states and the Eastern bloc countries...well you get the picture. The point being that seldom does anybody actually vote for the UK. Most people accept this flawed scoring system as part and parcel of Eurovision’s charm. The 3 hour long glorified Karaoke contest, which is broadcast live in 25 countries in Europe alone, is ultimately rendered pointless by a voting system that even Robert Mugabe would class as suspect. Terry Wogan used to find the predictability of scoring worryingly irritating and the programme used to be worth watching for his mock indignation alone. The former Lib Dem MP Richard Younger-Ross took such affront to Eurovision’s lax attitude to the tactical voting ‘problem’, that in 2007 he put forward an Early Day Motion to debate the subject in the House of Commons. Sadly, the EDM was ignored so one can only speculate whether he would have championed the Alternative Vote as a fairer solution, in which second-rate singers would have to work harder for our 12 points.
Though I’m very much of the opinion that those who are bothered by tactical voting at Eurovision should get out more, I am intrigued by why it happens in the first place. Much has been made recently of Lord Triesmen’s allegations of FIFA corruption with regards to 2018 World Cup bid and although only the foolishly naive believe a word of what Sepp Blatter and co say, you can at least understand, if not condone, why corruption would exist in deciding the host for football’s most prestigious and financially lucrative tournament. But Eurovision, really who cares? Cyprus has awarded Greece maximum points in every Eurovision song context since 1996. Are we to assume that if they gave their twelve points elsewhere, Greece would let the island fall under Turkish control? Serbia also tends to give maximum points to Bosnia and Herzegovina, but I doubt that many in Sarajevo will see that as fair compensation for Milosovic’s genocide. The idea that countries would place any significance on who gives them what points in a contest dominated by the cruise ship crooners of tomorrow is baffling. Of course there are those that argue that suspicious voting patterns are not evidence of collusion, but simply the similar music tastes shared between countries with strong cultural and linguistic relationships. However this argument looses credibility when one actually listens to the songs in question and determines that: a) A large proportion of songs are actually sung in English – b) An even larger proportion are, to the ears of any human being, indisputably awful.
But perhaps I am being too harsh, especially considering the origins of the contest, which was set up in the 1950s with the intention of bringing the nations of a war-torn Europe together. Broadcast live to a worldwide audience of over 160 million people Eurovision remains a much loved tradition throughout the continent, watched by people of all ages, who for one night a year put aside their nationalistic, ethnic and political differences to come together and say joyfully, in any number of languages, “this is rubbish!”. And given that Europe hasn’t been engulfed in a major war since, Eurovision has proved itself to be a success, presuming of course you consider nonsensical lyrics set to infuriating tunes designed to appeal to the lowest common denominator to be the lesser of the two evils?
Posted by SBD at 04:33 No comments: 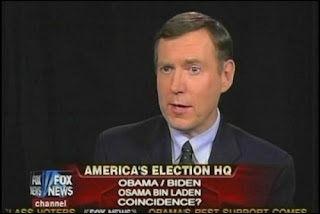 Dan Brown has a lot to answer for. Not only does he owe me 138 minutes of my life back following a misguided cinema trip to see a Spanish dubbed version of Angels and Demons, we also have his own imitable brand of “conspiracy fiction” to thank for bringing unverifiable paranoia back into mainstream political debate.
In the days before The Da Vinci Code, people who believed that world was really controlled by an international secret society and that aliens worked the checkouts at their local Tesco at least had the good graces to keep their psychosis to themselves. Nowadays they get a guest slot on Newsnight.
Osama Bin Laden’s death, (or “death”, depending on the viewpoint you subscribe to), is the modern conspiracy theorists wet dream. The lack of body due to his burial at sea, the White House’s decision not to release photographs and the discrepancies between the current and initial account of what happened in Abbottabad, has convinced some that all is not what it seems with the anti-terror event of the year. Add to this the fact that the September the 11th attacks are themselves the subject of much debate in conspiratorial circles and Obama is still thought by some to be ruling America illegally, by virtue of his supposed foreign birth and it’s easy to see how those of a far-fetched disposition have joined the imaginary dots of their own making.
The most striking thing about the Bin Laden and indeed most other conspiracies is the way they spectacularly contradict each other. Depending on which know it all you listen to, Bin Laden was either already dead prior to the raid, is still alive somewhere after it, or he was killed, but only in a bid to improve Obama’s chances of re-election. Not that such inconsistencies concern the fantasists. After all, another feature of conspiracy theories is that their advocates will never, regardless of facts, admit to them being bogus. Anything which appears to disprove the theory is dismissed as simply smoke and mirrors designed to put people off the scent of what’s really going on. Even if America decided to reveal pictures of the deceased Bin Laden, those arguing that he is actually still alive would, unflinchingly, trot out the old:“well that’s what they want you to think” line.  The more evidence produced to the contrary, the more ingenious ways conspirators reinvent their own arguments in order to make them fit.
Despite these misgivings, or perhaps because of them, there’s a certain appeal to conspiracy theories. If nothing else being part of a group that shuns conventional wisdom in favour of a “truth” known only to a few, is a bit of an ego boost. After all, which would you rather be: the gullible drones spoon fed lies by the New World Order, or the enlightened minority bravely fighting a clandestine elite? Tough call, I know. And though I genuinely believe that a sceptical outlook is no bad thing, beware; it’s a slippery slope from being inquisitive to doubting whether Elvis really did land on the moon.
Posted by SBD at 13:47 No comments: