Beware of the clap! 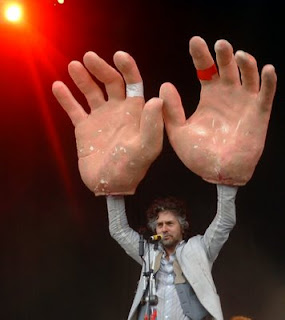 If you've ever been on a plane then you'll know just how stupid people can be, because inevitably, as the wheels touch down on the runway for landing, there will be some jokers who will feel the need to clap.  This is something I've never understood. If it's a joke, then it's a done to death man walked into a bar gag, and if the applause is genuine, well for me, it's undeserved. When I board a plane the very least, the absolute bare minimum, I expect is for that plane to arrive in it's chosen destination, ideally with all parties still alive and kicking on board. I may hope for a nice inflight meal, a comfortable journey, an undisturbed sleep, but I understand that these things want them as I might, are all a bonus. But, and call me old fashioned, avoiding death by crash landing into the sea from 35,000 ft., isn't. Especially since we are constantly being told that more people die each year from severe nut allergies, or squirrel attack than in aeroplane accidents. Rightly or wrongly, I've come to believe that air travel is only a fraction behind being carried inside a kangaroo's pouch as the safest mode of transport. So the only logical conclusion to make is that the people who clap are idiots. And apparently they are not the only ones, there's a lot of clapping idiots all over the world.
Take for instance Wednesday’s Republican Party presidential debate, shown live on TV throughout America and filmed live in front of a studio audience. Clearly there were quite a lot of idiots in the audience, who decided the best way to show their appreciation for Texas Governor Rick Perry was to clap his execution record, which currently stands at 234 not out, of which 59% are ethnic minorities incidentally. Not bad for an anti-abortionist who’s gone on record to say "I believe the right choice is life".
The fallout of the ‘applause for executions’ incident, which has generated a fair few column inches on both sides of the Atlantic, proved two things. One that, shock-horror, the death penalty is an emotive subject and two, the simple act of clapping is a slightly more perilous business than we often think. You don’t need to look hard for examples closer to home. This Saturday will mark a close to the BBC Proms season a series of classical concerts at which the act of banging your hands together in appreciation has never been so heavily scrutinised. For the blissfully ignorant clapping at classical concerts is bad, so bad in fact, that classical music aficionados have felt the need to lay down a few rules, the long of short of which are clap only in the right places or fuck off. Martin Cullingford, the deputy editor of Gramaphone Magazine suggested concert goers “don’t clap unless there is spontaneous uproarious applause, in which case it is safe to do so”, advice which if followed by everyone in the audience would be a sure-fire way to guarantee complete silence. Cullingford’s approach however seems positively laid back though, when compared to that of Jonathan Lennie, editor of Time Out magazine and author of a hilarious open letter, (read rant), to "Loud Clapping Man Who Sits Behind Me At Concerts". Lennie’s main concern? People who begin to clap too soon after the music finish. God, Guantanamo Bay isn’t good enough for those scum.
But while the powers that be are trying to do everything they can to keep the proles out of classical concerts by outlawing clapping, in football they’re encouraging them to actually clap more often. The minute’s silence is now all but dead as a way for football fans to commemorate their tragedies and deaths, replaced with the utterly depressing minute’s applause. We are told it is because silence is too somber and depressing whereas the celebratory nature of applause is a more fitting way to commemorate sporting greats like Sir Bobby Robson. And in certain instances, like the example given, this may be true, but surely not on occasions like that in 2008 when Manchester United marked the 50th anniversary of the Munich air disaster with the sound of clapping instead of silence, much to the dismay of many of their fans. There is something incredibly powerful and poignant when thousands of people in a football stadium stand in complete silence that is lost in the minute’s applause. Of course, the elephant in the room is that all too often the silence isn’t silent and one idiot shouting some obscenity or another marks the occasion in an entirely inappropriate way. But whereas fans of classical music are being urged not to clap for fear they do it in the wrong place detracting from the performance, football fans are being told they have to because the game’s bigwigs don’t believe they have the self-control to stay quiet for 60 seconds when it matters. What next, two-minutes applause on Armistice Day?
Whether it’s to show support for the death penalty, enjoyment at a concert or appreciation for fallen heroes, applause, or the lack of it, looses all meaning when we are told when and when not to do it. Of course, good luck explain that concept to Bono a man who actually gets off on the idea that the claps of himself and his audience actually send innocent Africans to their deaths.
Posted by SBD at 04:53