The adverts on the bus go round and round 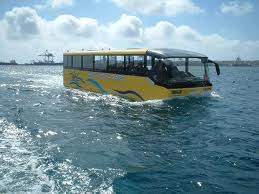 "We are in drought", Thames Water latest add boldly declares, urging us to conserve water in two-foot high letters from the side of a London bus. If you saw this add sheltering from torrential rain in a bus stop as I did, you might think the water company had developed a taste for irony. More likely, they're just the latest group to have fallen foul of the great British weather.

What interested me most about this advert though wasn't the message; it was the medium. Buses, particularly London buses, seem to be making a habit of acting as mobile billboards for some debatable pronouncements lately.

It started in 2008, when the British Humanist Association, bankrolled by atheist in-chief Richard Dawkins, adorned the capitals double-deckers with the words: “There’s probably no God, now stop worrying and enjoy your life”.

The Christian Party, a minor political organisation supporting, er, God, surprisingly took issue with such overt displays of agnosticism and responded with a bus ad of their own: "There definitely is a God. So join The Christian Party and enjoy your life."

This was all quite childish, and dare I say it, pointless. After all it’s unlikely that many devout Christians suffered a crisis of faith because the number 19 to Finsbury Park station told them to. Equally, I doubt lots of uncompromising atheists found God on the strength of a poster plastered onto the side of the N253. The phrase preaching to the converted has never seemed so apt. I personally take solace from the fact that both sides agree we should definitely be enjoying life.

But after gay rights group Stonewall emblazoned 1000 London busses in April with the seemingly innocuous phrase “Some people are gay. Get over it!”, it all got a bit ugly.  A group known as The Core Issues trust, (one must assume ironically since they seem to spend a great deal of their time taking offence at bus advertisements), prepared a response. Their now infamous “Not Gay! Ex-Gay, Post-Gay And Proud. Get Over it!” campaign, was pulled after TfL understandably ruled it didn’t quite fit with their ethos of promoting “a tolerant and inclusive London”.

Whether it’s imploring us to vote in local elections, persuading us that one sexual preference or belief system is better than another, the humble bus is in danger of becoming an unwitting mouthpiece for all those things they warn you not to talk about at dinner parties.

Personally, I’m thankful TfL stepped in when they did. The morning commute is stressful enough without adding moral dilemmas to the mix. Do I agree with the message on this bus? Do I object enough with the message on this bus to not get on and hope the next one is more agreeable and on time? Would this be an acceptable reason to arrive late to work?  Does getting on a bus sporting a controversial message somehow signify consent for the viewpoint advertised, or is this whole matter entirely inconsequential? These are just some of the many questions I don’t want to have to negotiate first thing in the morning.
Posted by SBD at 04:40