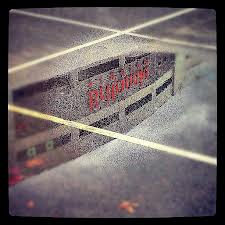 I'm going to go out on a limb here and suggest chances you don't own a horse. In fact, maverick that I am, I'll go further and say chances are you've never owned a horse, never will own a horse, and have never even thought about the possibility of owning a horse. Since the invention of the motorcar, the public's need for horses has vastly diminished. Those horses which people kept on for recreational riding were largely sold or eaten at the start of the recession, leaving most of the country's equine stock in the hands of horse-nuts like Clare Balding and Zara Whatsherface. The improbability of your horse-possession hopefully established, I'd be bold enough to venture that the chances you've neither flogged a dead one, looked a gift one in the mouth, or led one to water but struggled to make it drink. Although the overarching lessons we can learn from such adages remain true, there's no question these proverbs are a bit outdated; and so perhaps it's a good thing that the 21st Century has seemingly got its act together and invented a new one.

Around this time two-years ago the now exiled football pundit Andy Gray said something infamous. On a damp, mid-week evening in Manchester, Gray, debating the nominations for the Ballon d'Or prize, questioned whether Barcelona and their superstar striker Lionel Messi could perform on a "wet, Tuesday night in Stoke". To provide a bit of context, at that time Stoke City were in a fairly respectable 13th position in the English Premier League, renowned for their direct and physical playing style and intimidating home ground. Barcelona on the other hand were in the midst of a 16 game consecutive winning streak at the top of La Liga, a position they would retain to finish as champions. Later that year they would also win the Champions League, and a domestic cup win completed an impressive treble. Lionel Messi, the player singled for special treatment, would go on to score 51 goals and win the Ballon d'Or - football's most prolific individual prize for the third consecutive year (a record). It's fair to say that as queries go, this wasn't a sensible one.

A month later Gray and his monkey-resembling co-presenter Richard Keys were sacked for "unacceptable behaviour", but it was the remark which did more harm to their credibility than the sexist comments ever could. So ridiculous was Gray's hypothetical nonsense that the phrase began to take on a meaning of its own. Combining a healthy dose of xenophobia with a misguided faith in the homegrown underdog, "could they do it on a wet, Tuesday night in Stoke", came to signify a partisan view - predominantly used ironically - in which good old fashioned British traits like 'brute force', 'bravery' and 'blokishness' put pains to pesky foreignisms like 'ability', or 'talent'. "He may well be the best pianist the Vienna Philharmonic Orchestra has ever had", you could imagine proponents shouting, "but could he do it on Last Night of the Proms at the Royal Albert Hall when the crowd are impatiently waiting for Land of Hope and Glory? I don't think so".

The reasoning behind the 'Stoke question' is fundamentally perverse, superficially comforting and incredibly arrogant. Its premise is that people in other countries can only do the things we like better than us, (in this case football), because they are abroad and everything is easier abroad. If they came over here, the rationale goes, they'd get found out. It turns our deficiencies into strengths which, in this alternate reality, outweigh their skills. Never mind that we're tactically naïve because we're physically stronger. So what that if their technique is better than ours, have you seen how far our right back can throw the ball?

Recently the 'Stoke question' reared its ludicrous head again after Lionel Messi broke another record, this one for most goals in a calendar year (Messi is currently on 90). Understandably keen to make sure this talent doesn't go elsewhere to ply his devastating trade, Barcelona extended Messi's contract to 2018. This prompted pundit Adrian Dunphy to call Messi a "bottler" and to ask "why he doesn't come to the Premier League so we can find out if he can do it out of his comfort zone?" which is a bit like calling Usain Bolt a chicken because he wont run in your school sports day.

Dunphy concluded his diatribe by asking if Messi was "scared of Stoke". In the face of such a pointless question it's tempting to pose another, that's equally easy to answer: "Could Stoke do it on a balmy summer evening in Catalonia?"
Posted by SBD at 10:17