What a bloody kerfuffle hey. What a palaver. What a fiasco. What a…well, you get the picture. WikiLeaks-Gate or some derivative thereof, as it will no doubt come to be known. 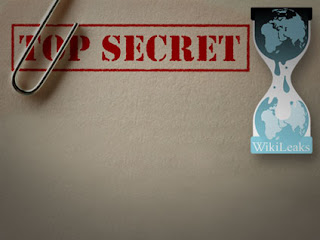 But what should we make of the 250,000 odd US embassy cables detailing the private correspondences of diplomats now made (semi) public?
Well, opinion at the moment is somewhat polarised. Today Mike Huckabee, resident US crackpot and 2012 Republican presidential hopeful (note these two qualities are not mutually exclusive), called for WikiLeaks founder Julian Assange to receive capital punishment, that’s the death penalty in case you’re confused, not a stern beating with a slipper, cane, ruler or other such item commonly found in classrooms of private schools.
Meanwhile a self-explanatory Facebook group called “Julian Assange for the Nobel Peace Prize” has upwards of 15,000 members. I wouldn’t place too much stock on this however, as it pales into significance against the 70,000 odd members of “I yell at inanimate objects” or even the 83,977 people who believe “Physics doesn’t exist its just gnomes”, who incidentally, can claim Mike Huckabee as a member. Probably.
The media at once complicit and critical of the WikiLeaks saga has certainly devoted a fair few column inches to the matter.
Those stalwarts of sound-minded reasonable thinking, Fox News, demonstrate their famed prejudice-free journalistic style when they describe the suspected leaker of the material, Bradley Manning as “openly gay and half British”. Oh well, that explains it then. Whilst Sarah Palin, master of understatement and intellectual supremo goes one further, billing Mannings as “an anti-American operative with blood on his hands”. This is after all, the same Sarah Palin who declared just last week that the would stand by its North Korean allies. If I were prone to the same type of hyperbole as her, I would describe Palin as a woman of such incomprehensible stupidity that she resembles in intellect and indeed appearance a bespectacled version of the moose she so loves to shoot. But I won’t.
The Daily Telegraph meanwhile, no doubt slightly smarting from The Guardian’s position as sole representative on WikiLeaks “go to” list, offered a refreshingly different take on matters:
“The Saudis would like someone to whack ? No kidding. is run by crooks? Really? Hillary Clinton would like to know a lot more about the diplomats she is negotiating against? You surprise me. The Russian government may have links to organised crime? Pass the smelling salts, Petunia.”
And so on.
This article makes the valid point, admittedly through jest, that it is in the interest of certain newspapers to exaggerate the significance of the findings of the wiki-leaked cables, namely those who have exclusive distribution rights. Similarly, those who profess moral outrage at the public hearing what their government actually thinks on matters of global importance, do seem to still write articles based on the content of the leaked cables.
“But I thought that publishing this information endangered peoples’ lives?”
“Well if they’re in the public domain already we may as well cover our backs and try and make a buck or two.”
“Yeah don’t want to fall in the trap of acting on your supposed ethical standards.”
“Exactly.”
Meanwhile The Guardian’s own take on its role as British ringmaster in the expose in its comment piece The Revolution Will Be Digitised, points to the hypocrisy of Government’s attitude regarding the universal access to important information:
"Politicians, see themselves as parents to a public they view as children – a public that cannot be trusted with the truth, nor with the real power that knowledge brings."
True as this may be, what this metaphor doesn’t explain is the critical reaction to the publication of the leaks by many in the public. There are a number of people out there content with the restriction placed on the flow of information by Governments. I’ve not got a problem with that, call it disinterest, call it hegemony, call it ignorance is bliss; whatever.
It’s just that personally I am of the view that investigative journalism which sheds light on information of public interest is a good thing… Except when it jeopardises World Cup bids of course.
Posted by SBD at 12:41